With Far Cry 3, players step into the shoes of Jason Brody, a man alone at the edge of the world, stranded on a mysterious tropical island. In this savage paradise where lawlessness and violence are the only sure thing, players dictate how the story unfolds, from the battles they choose to fight to the allies or enemies they make along the way. As Jason Brody, players will slash, sneak, detonate and shoot their way across the island in a world that has lost all sense of right and wrong. 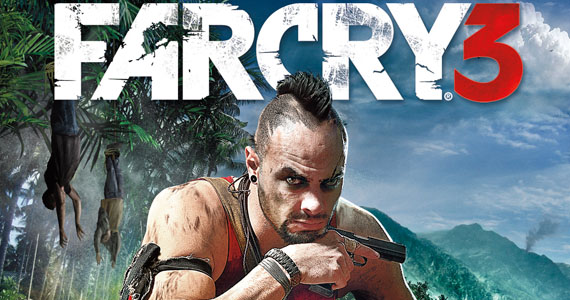 It means 25 hours of mid-air assassinations following ripping hang glider rides. It means lurking after man-eating tigers in heavy undergrowth. It means moonlit buggy rides along water-lapped coasts. In Far Cry 3, the seductive open-world-shooter sequel to 2008′s ambitious but flawed African outing, it means the next 25 hours will be amongst the best you play this year.

We’d been told it was an ‘open world’ game, but everything Ubisoft showed of it made it look like a monologue-heavy, tightly scripted adventure, its freedom limited to small mission areas. That is in there, it turns out: there’s an absurdly long series of missions about rescuing your friends from the pirates who’ve captured them. But it’s just one of the many different games you can play on this vast, freely explorable tropical island.

It’s not all bad. About half of the Jesus Christ thirty-eight missions give you enough freedom to have fun with the predatory combat systems that make the outpost fights so great. The other half… erk. They’re like a guided tour of all the clumsiest ways to mash story and videogames together until both of them break.

You left the mission area! Restart! You lost the target! Restart! You failed the quicktime event! Restart! A plot character got themselves killed! Restart! We spawned some enemies in a spot you knew was empty! Restart!

As well as the roaring, biting and snarling additions to the setting, it’s less overt improvements that make Far Cry 3 all the fun Far Cry 2 should have been. Weapon degradation’s gone, as are the invasive effects of malaria, self-applied surgical procedures are quicker (though it’s still odd to see a bullet wound remedied by popping a dislocated thumb back in), enemies won’t magically spot you a mile off, checkpoints don’t respawn, and given conquering and camps and radio towers is a running goal, your presence on the island makes an encouraging visual impact.

The Author is Aditya Mehrotra, a 15 year old from New Delhi, India. He is interested in the latest tech and is an aspiring gamer and reviewer and loves football and wrestling.